Help Andrew Cuomo Out With Some Easter Egg Hunt Ideas

From the Associated Press:

ALBANY, N.Y. (AP) — A traditional open house event at New York's Executive Mansion that is typically held on New Year's Day is being postponed until March.

New York Gov. Andrew Cuomo says Wednesday that the event will be postponed until Easter Sunday because Jan. 1 will mark the first anniversary of his father's death. His father, former Gov. Mario Cuomo, died last year at 82.

The governor said in a statement that he wanted to continue the open house tradition but also wanted to commemorate his father's loss with his family.

He said the event will instead be held on March 27.

Visitors will be welcome to tour of the mansion in downtown Albany, as well as participate in an Easter egg hunt.


I have some ideas for Sheriff Andy's Easter Egg Hunt:


@CuomoWatch He should switch it to Sandra Lee's house, make it April 15 and open it to the tax assessor.
— rbe (@perdidostschool) December 31, 2015


You can add your own ideas to the comments section if you like. 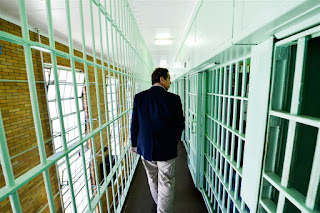 Posted by reality-based educator at 10:16 AM