The Differences Between CTU And The UFT Are Striking

Karen Lewis and the Chicago Teachers Union have gone on strike today after negotiations between the union and the mayor broke down.

Apparently one of the major sticking points is using high stakes standardized test scores to evaluate teachers - or, as my friend NYC Educator calls it, "junk science."

Of course, here in NYC not only does the United Federation of Teachers agree to the use of high stakes standardized test scores to evaluate teachers, they champion it and attack anybody who points out its "junk science".

CTU - a union that actually works to protect members.

The UFT - a company union that works to protect the mayor and his interests. 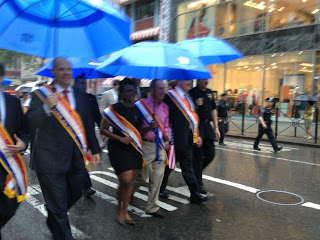 Posted by reality-based educator at 7:18 AM