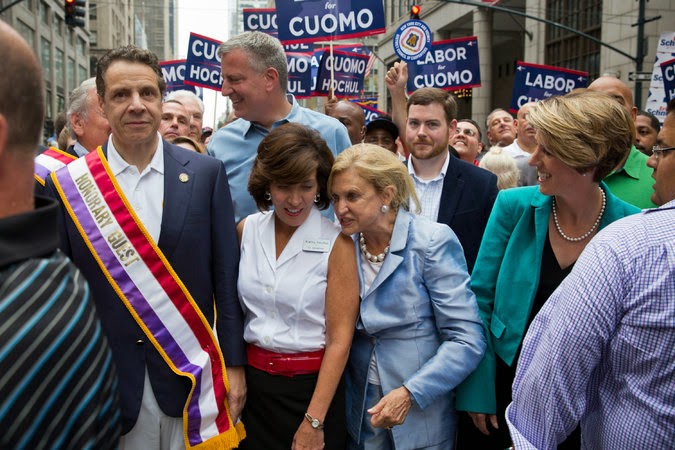 There is no better emblem of what's wrong with Andrew Cuomo then this past weekend's exhibition of petulance, arrogance and hubris at the Labor Day Parade.

His opponent in the Democratic Primary, Zephyr Teachout, attempted to say hello to him at the parade.

Cuomo, who has never once uttered her name in public, did everything he could to make believe like he didn't see her (see pictures below.)

First, his goons, including his chief goon Joe Percoco, tried to keep Teachout away from Cuomo. 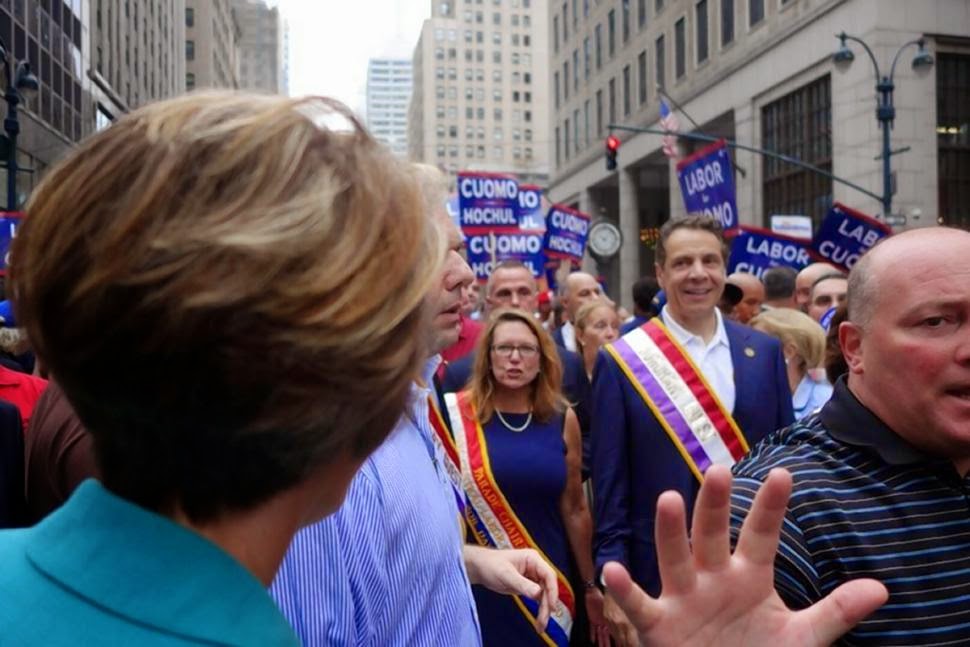 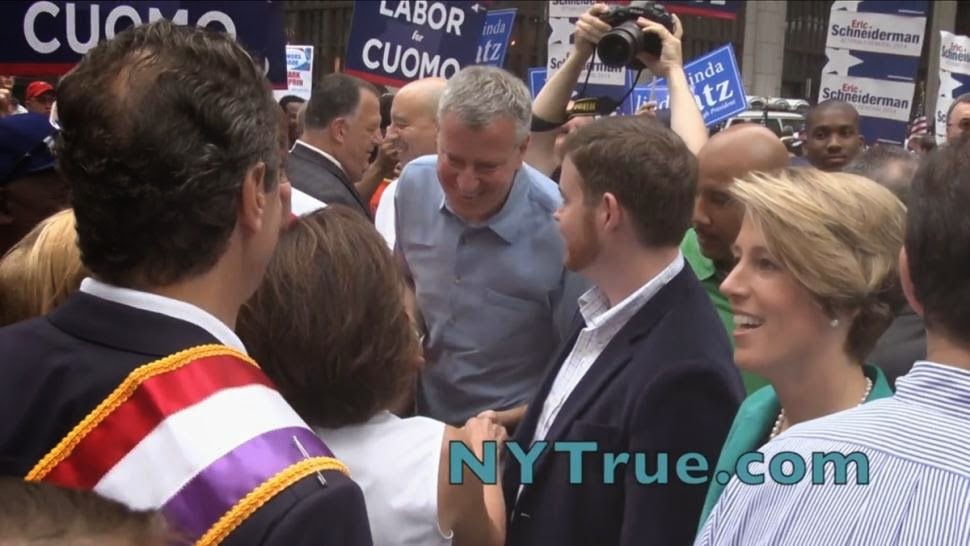 De Blasio obliged, ignoring Teachout and kissing his pal Cuomo on the cheek like a mafia underboss kisses the cheek of the head of the crime family.

As this was going on, Teachout attempted to say hello to Cuomo's running mate, Kathy Hochul.

Hochul, a former Congresswoman who served less than a full term in Congress and has most recently worked as a bank lobbyist, did her best to ignore Teachout too, even as Teachout tapped her on the shoulder to try and get her to turn around. 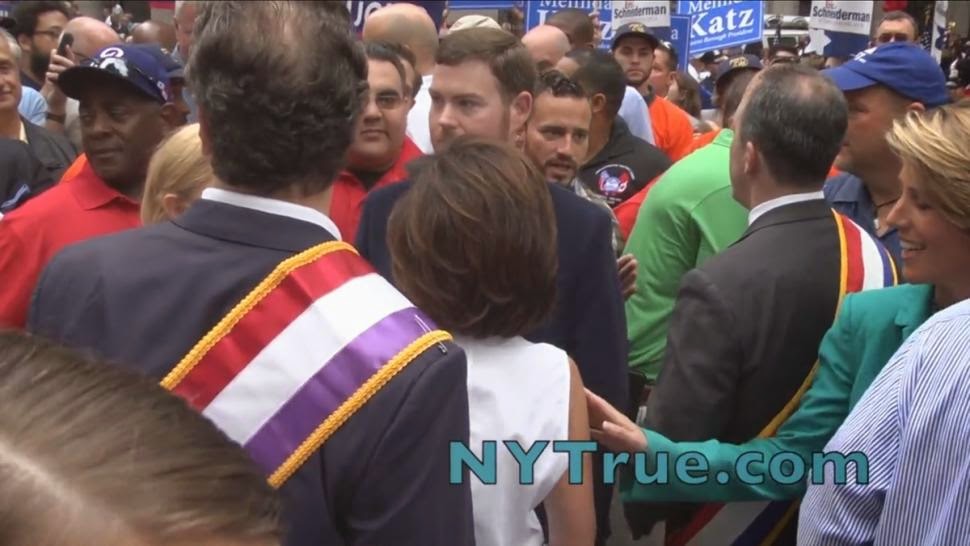 The Cuomo campaign had targeted Zephry Teachout for destruction previously by first finagling the Working Families Party from endorsing her for the general election (with pal de Blasio's help), then by twice taking her to court in order to get her thrown off the primary ballot over residency requirements.

Teachout survived those court attacks and so the Cuomo camp, clearly paying very close attention to her in private, decided their public strategy for handling Teachout would be to ignore her, make believe like she didn't exist.

What happened over the weekend exposed that strategy for the shallow stupidity it is, just as it exposed the people who pursued it - Cuomo, de Blasio, Hochul - as shallow, stupid people too.

Afterwards Cuomo claimed he never saw Teachout ("I never saw her. If anything, I failed an eyesight test"), a defense that I saw described on the Internet as "high school shit" - the kind of thing kids do to defend themselves after engaging in less-than-savory behavior.

Of course, Andrew Cuomo isn't a kid and he isn't in high school - he's the governor of the State of New York and he has plans to be president of the United States in the future.

All of that was on display this past weekend at the Labor Day Parade and in his attempts to defend himself from that display.

And that, more than anything, is why he doesn't belong as governor of the State of New York.

And tell everyone you know who is a registered Democrat to do the same.

It's time to get rid of people like Andrew Cuomo and Kathy Hochul and put actual adults into power.
Posted by reality-based educator at 7:21 AM