Carmen Arroyo Throws Stones In Her Own Glass House 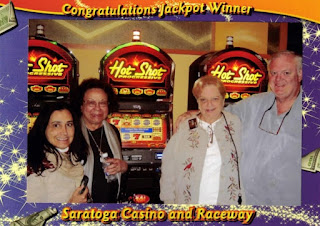 Assemblywoman Carmen Arroyo, perhaps having a bad week at the casino, had a meltdown in an Assembly hearing featuring NYCDOE Chancellor Carmen Farina yesterday:

“I’m sorry, but I wasn’t elected to come here and kiss ass,” Arroyo shouted as Committee Chairwoman Cathy Nolan sought to move forward in the hearing.

Raising her voice and even slapping her hand on the table for emphasis, Arroyo was angered by what she saw as a lack of assistance for bilingual students and their families in city schools.

“You don’t have in your office a person or a division where the parents can go and make a request to have their children placed in bilingual program,” she said at the hearing.

Farina responded that her department has already sought to increase funding for bilingual programs as well as new training for school professionals.

“We have increased the amount of professional development of bilingual education in New York City,” Farina said. “We’re looking for extra support for these students, particularly technology assistance, but in terms of access to parents, I don’t think there’s ever been a chancellor who has done more.”

Farina also pointed to the town halls she has conducted with bilingual and non-English speaking families and her visits to neighborhoods in the Bronx.

But Arroyo was not convinced.


State of Politics reports that other members of the Assembly Education Committee grew restless at Arroyo's antics, at which point Committee Chairwoman Cathy Nolan stepped in to try and calm things.

This isn't the first time Carmen Arroyo has gotten shrill over education.

Last spring as the Heavy Hearts Club in the Assembly was passing the odious Cuomo "Blame Teachers" budget, most Assembly Members were apologetic about voting aye for the budget.

But not Carmen Arroyo:

“Those teachers that are responsible and are doing their job, those teachers that sacrifice their families and themselves for the children they serve are going to be protected.  Those that are not good, better get a job at McDonalds.” — Carmen E. Arroyo, 84th District


Arroyo is a shill for charter schools and education reform in her own insane way, so her taking on Farina yesterday was less about the issue itself and more about just taking on Farina (and by extension, Farina's boss, Bill de Blasio.)

As for her criticism that the adults in the DOE are just looking to collect their salaries and don't care much about the kids, well, that's pretty ironic considering her grandson (and former chief of staff) pleaded guilty to the charge of embezzling money that partly went to benefit Arroyo herself:

The nephew of City Councilwoman Maria del Carmen Arroyo resigned Thursday as head of a Bronx charter school she helped fund - a day after he was charged with embezzlement.

Richard Izquierdo Arroyo - who's also Assemblywoman Carmen Arroyo's grandson and chief of staff - Thursday notified the city he was resigning as chairman of the board of the South Bronx Charter School for International Culture and the Arts.

His city councilwoman aunt sponsored $1.5 million in taxpayer funds this fiscal year to help build a permanent facility for the school, which is temporarily housed in a public school.

The duo stole more than $200,000 from the nonprofit to pay for designer clothes, trips to Puerto Rico and the Dominican Republic, and dozens of restaurant meals, a criminal complaint charged.

They also used the nonprofit's money to buy airline tickets to Puerto Rico for City Councilwoman Arroyo and her mother the assemblywoman.

He landed on his feet afterwards:

The politically-connected former head of a Bronx charter school — who served time for embezzlement — has quietly taken up a position at a another nonprofit, the Daily News has learned.

Izquierdo resigned as the head of The South Bronx Charter School for International Cultures and the Arts in 2009, after he was charged with looting more than $200,000 from SBCC Management Corp., an unrelated taxpayer-funded nonprofit that managed low-income apartment buildings in the South Bronx.

He pleaded guilty to embezzling more than $115,000 to pay for lavish meals and trips, and spending some of the pilfered funds on his grandmother, state Assemblywoman Carmen Arroyo.

But now, his LinkedIn page lists his job as “case management” for NAICA, which “has been providing housing intervention and assistance services to residents of the Bronx since it was established in 1974,” according to its Facebook page.

It was unclear Monday if Izquierdo Arroyo has any background in case management. He lists his case management experience as his current position, according to his LinkedIn page.

Izquierdo Arroyo did not return requests for comment Monday. His boss, Eduardo LaGuerre, told the Daily News in an emailed statement that NAICA currently employs “several individuals that have criminal records but who are now contributing members of our society.”

“Mr. Izquierdo was hired as a case manager for his experienced (sic), skills and ability to relate to homeless man (sic) that are seeking an opportunity to better themselves,” LaGuerre said in the statement.

LaGuerre said Izquierdo Arroyo has been an exemplary employee at NAICA and previously worked at another nonprofit, “Promesa/Basics, Inc., where he also provide (sic) excellent services to the homeless residents in their shelter.” LaGuerre did not respond to an emailed follow up from the News asking what Izquierdo’s background in case management was.

LaGuerre did not respond to a follow-up email requesting the amount of Izquierdo Arroyo’s salary.

Besides being Assemblywoman Arroyo’s grandson and her former chief of staff, Izquierdo Arroyo is the nephew of Bronx Councilwoman Maria Del Carmen Arroyo.

Predictably, his appointment has raised a red flag among observers of New York’s not-for-profit sector.

Doug Sauer, CEO of the New York Council of Nonprofits, questioned whether his appointment was politically motivated.

“How did he get this job over any other candidate?” Sauer said. “Was it openly solicited? What is the compelling argument that overrides his history, which affects the organization that hired him?”

“It doesn’t pass the smell test.”


It's amazing to me that, given the corruption endemic to her family and political operation which seems to pale even by Albany standards, other Assembly Members just don't tell Arroyo to shut up and go away.

In any case, there are plenty of good reasons to aim criticism Carmen Farina's way over her leadership at the NYCDOE, but when that criticism comes from Corrupt Carmen Arroyo, you'd best take it with a heavy helping of table salt.
Posted by reality-based educator at 7:44 AM