When Does Cuomo Criticize Charter School Operators For Their Salaries?

From Ken Lovett at the Daily News:

ALBANY — A leading activist for the poor who has ripped Gov. Cuomo over the issue of income inequality actually makes more money than the governor.

Michael Kink, executive director of the union-backed Strong Economy for All Coalition, pulls in at least $183,000 a year, sources close to him say.

Kink’s salary tops Cuomo’s $179,000 annual pay. It also dwarfs the less than $110,000 made by a fellow activist for the poor, Ronald Deutsch, executive director of New Yorkers for Fiscal Fairness. Critics point out Kink is in the top 10% of income earners in New York — even as he lives in Massachusetts.

“Mike Kink doesn’t represent the grass roots anymore than the Wall Street fat cats he obsesses about do,” an Albany insider said. 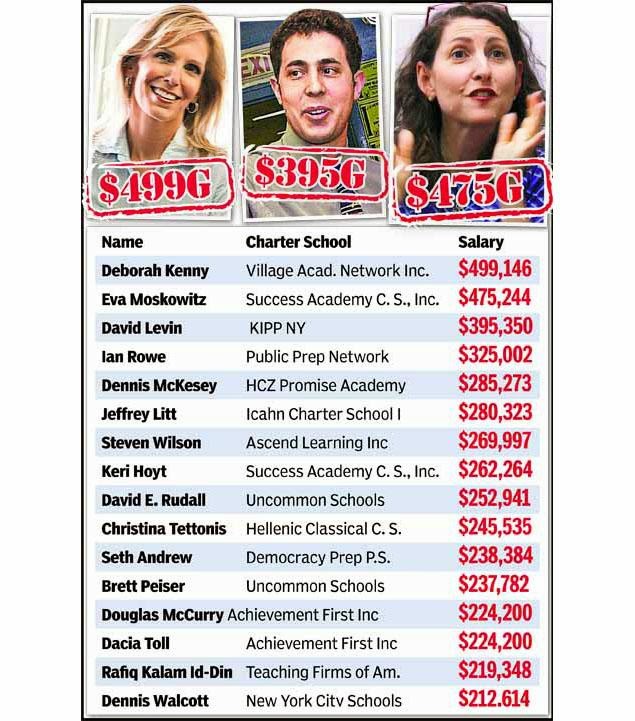 Cuomo has long gone after district superintendents for making $200,000+.

Let me know when he attacks Deborah Kenny for making almost $500,000 for running a couple of schools.