Star-Ledger Says If Wildstein Allegation Is True, Christie Must Resign Or Be Impeached

Seems obvious at this point - if the Wildstein allegation that Christie knew about the lane closures is true, Christie is finished:

Forget about the White House in 2016. The question now is whether Gov. Chris Christie can survive as governor.

David Wildstein, the man who ordered the George Washington Bridge lane closures, is now pointing the finger directly at Gov. Chris Christie, saying the governor knew about the lane closures in September.

Wildstein claims there is documentary proof that the governor has been lying.

If this proves to be true, then the governor must resign or be impeached. Because it will show that everything he said at his famous two-hour press conference was a lie.

And not just a typical political lie — this was like a Broadway show of lies, and would leave Christie so drained of credibility that he could not possibly govern effectively. He would owe it to the people of New Jersey to step aside. And if he should refuse, then the Legislature should open impeachment hearings.

So for now, set aside the other scandals. Forget about the charge of extortion in Hoboken. Forget about the growing evidence showing that Christie used Sandy aid as a political slush fund, leaving the real victims short.

The lane closures in Fort Lee not only caused people to miss meetings, and lose out on business deals. It delayed ambulance responses in Fort Lee, and so put people's lives at risk. It was an abuse of government authority that was almost too reckless to believe at first.

The order came from Wildstein, and was triggered by an email from the governor's deputy chief of staff, Bridget Anne Kelly. That much is not in dispute. And that alone is damning evidence that Christie's administration is dangerously out of control. But if the governor himself was involved, this moves to a new level.

Is Wildstein telling the truth? He faces a criminal investigation himself, so he has a powerful incentive to give prosecutors damning information they can use against a bigger fish. That would give him leverage to negotiate a good plea deal.

But Wildstein says he has documents that prove the governor was lying at his press conference, when Christie blamed the event on the "stupid" actions of his own staff. And certainly, Wildstein was in a position to know the roots of this conspiracy. A Christie acquaintance since high school, he was appointed to a senior position at the Port Authority, despite having no expertise in transit issues. He was the governor's eyes and ears at the authority.

Others who have been implicated in this scandal will probably come forward now as well, hoping to strike deals with prosecutors before their testimony becomes redundant. And all this will happen as the administration answers dozens of subpoenas, and grapples with both criminal and legislative investigations.

When you layer on top of this the criminal investigation in Hoboken, and a separate investigation of Sandy spending by the federal Department of Housing and Urban Development, it becomes difficult to see how Christie can function. It should be clear even to him now that he should step down as head of the Republican Governors Association.

This is a shocking development. Christie is now damaged goods. If Wildstein's disclosures are as powerful as he claims, the governor must go.


Mary Pat is not laughing tonight: 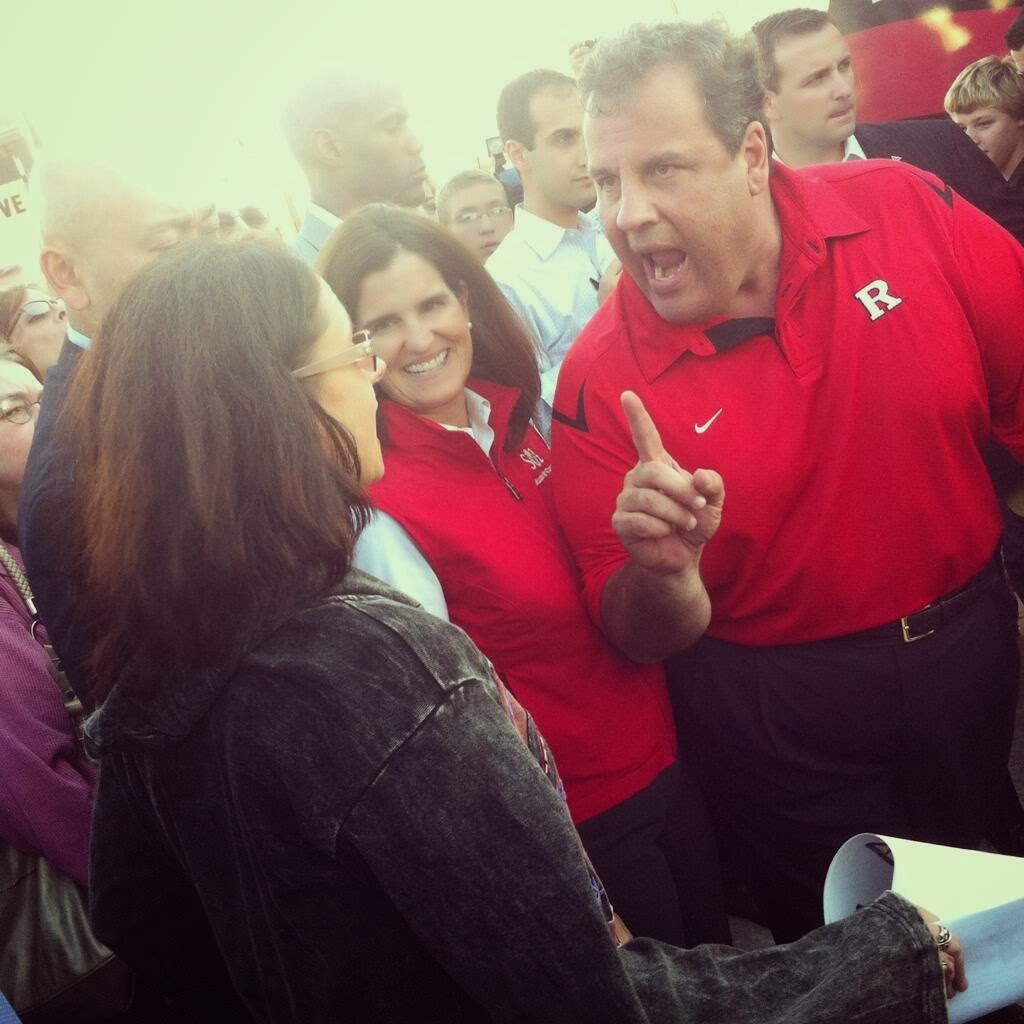 Posted by reality-based educator at 5:56 PM