What Could They Be Saying To Each Other? 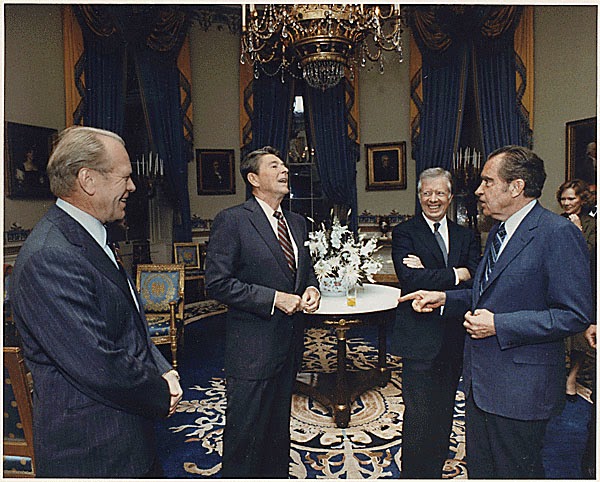 TB: As the 39th President of the United States, what do you feel were your greatest successes?

PJC: Well I kept our country at peace, which er..has happened very rarely since the second world war. And I tried to work for peace between other people who were not directly related to the United States like between Egypt and Israel. I normalised diplomatic relations with China. And I implemented a very strong human rights commitment that brought about a change throughout Latin America for instance, from totalitarian military dictatorships to democracies. So I would say the promotion of peace and human rights were the two things, that er, which I'm most proud. And we had a very wonderful environmental record at that time. We kind of foresaw, may be 30 or 40 years before it became a crisis, that we needed to conserve energy and have alternate sources of energy, cut down on our waste of er, of er, carbon and other fuels of that kind to protect the environment. So those are the 3 things that I think of right off hand.


I don't get too teary-eyed about politicians or anything like that, but Jimmy Carter looks better to me as the years go by.
Posted by reality-based educator at 4:30 AM