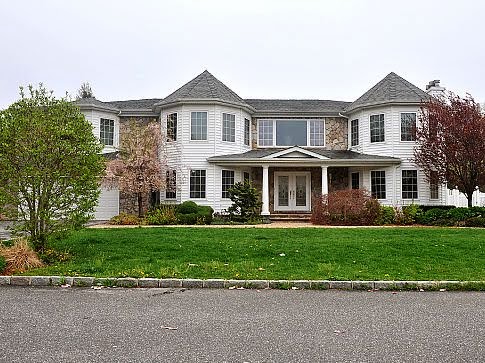 Do you remember the Willard Lanham/Project Cougar NYCDOE scandal from back in 2011?

If you don't, you can look up some posts I wrote about it here, here and here.

The basic overview was a DOE tech consultant stole a bunch of money from the DOE with the help of IBM and Verizon, who helped him cover the trail.

The consultant, Willard "Ross" Lanham, stole $1.7 million from the DOE from 2002-2008 on top of the six figure salary the Bloomberg DOE was already paying him as a consultant.

The scandal got the tabloid treatment when it was discovered that Lanham had an estranged wife (who you can see below) still living in his house (which you can see above) he had built in his own little real estate development and running a "Cougar" dating service for herself out of it.

She billed herself as "yummy mommy" on her blog and lived the high life meeting 20-somethings in the Long Island club scene: 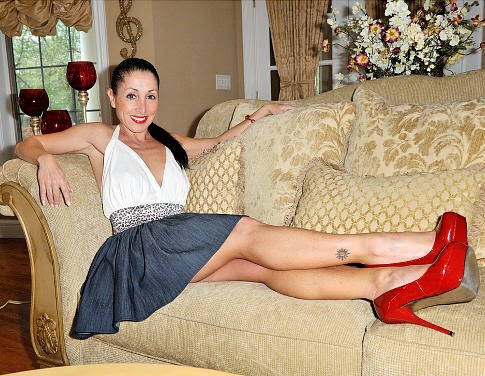 Lanham had even named the street where his house was after his wife, Laura.

It was a sweet story of crime, betrayal and fiscal ineptitude from Bloomberg and his minions.

News of the story came around the same time we were beginning to understand just how much got stolen in the CityTime scandal.

The $1.7 million Lanham stole with the help of IBM and Verizon was a pittance compared to the $600 million the CityTime crooks stole, but it still pointed to an underlying rot in the way Bloomberg and his government outsourced work, hired consultants and did little-to-no oversight on the projects.

Now we learn via a Scott Stringer report that the city is STILL paying the piper for the Lanham scandal, two years after Lanham went to jail and almost a year after "fiscal genius" Bloomberg flew off to Bermuda:


New York City has been missing out on tens of millions of dollars a year in technology funding for schools from the federal government because of a continuing investigation into the Education Department, the city comptroller said this week.

The money comes from a program called E-Rate. It charges an average fee of about 25 cents per month to landline and cellphone bills and then uses that money for services like broadband technology in schools and libraries, according to the Federal Communications Commission, which oversees the program.

Since 1998, the city has pulled in more than $3 billion in E-Rate financing, the comptroller said, and while New Yorkers have continued to pay into that system, they have been barred from the receiving end since 2011 because of a federal investigation.

The F.C.C. declined to confirm or deny any investigation, but a city official said the inquiry was prompted by a scandal involving Willard Lanham, a former technology consultant for the city. He was accused of stealing money from the Education Department and using it to satisfy his and his wife’s expensive tastes, including for cars like a Corvette and a Porsche and to finance the construction of luxury homes on Long Island.

Mr. Lanham was sentenced to 37 months in prison in 2012 for stealing $1.7 million that was supposed to pay for Internet access at the city’s public schools.

In the letter, Mr. Stringer requested an update on the proceedings and asked when the city would be reinstated to the program. The comptroller said that while the Education Department had retained experts in E-Rate compliance as consultants, and paid them more than $670,000, “apparently those contracts ended without resolution to the city’s E-Rate problem.”

A spokesman for the department said that applications had already been submitted for the current E-Rate funding year, and that the program’s administrators were reviewing that application as well as those from the previous three years.

Last week, the F.C.C. chairman, Tom Wheeler, proposed raising the annual spending cap on the E-Rate program, which has not changed substantially since it began in 1997, to $3.9 billion, in an effort to increase Internet connectivity in schools. The F.C.C. said the increase would cost consumers a few cents more per line each month.

Mr. Stringer said this potential increase in spending could mean the city would miss out on more than $350 million by the 2018 fiscal year. He said he did not know if the city would eventually receive the E-Rate money at the end of the investigation.


I've said this before, I'll say it again today:

Why does Bloomberg still have the reputation for being a fiscal genius and responsible manager of the city?

When you add up the consultant scandals and tech boondoggery during the Bloomberg Years, you see that billions were either stolen or wasted.

And as you can see from the Stringer report, the city STILL continues to pay for Bloomberg's criminal malfeasance.

Let's imagine this was de Blasio screwing all this stuff up for years and years.

Can you imagine the treatment it would receive in the papers?

And yet, we see time and time again these stories of consultant criminality and tech boondoggery during the Bloomberg Years get reported with nary a negative word about our former billionaire mayor.

Reminds me a little of this, without the guillotine part at the end:

Posted by reality-based educator at 9:14 AM