According to Capital NY's Jimmy Vielkind, mobbed up Bronx politician Jeff Klein, a full-fledged member of the Independent Democratic Conference and an associate member of organized crime, was looking to complete his betrayal of his Democratic colleagues last night:

SAN JUAN, P.R.—Smiling widely and flanked by three of his colleagues in the Independent Democratic Conference, Bronx Senator Jeff Klein offered few clues about how the leadership structure of the State Senate will appear next year.

“The only thing I'm going to say right now is, I want to make sure the Independent Democratic Conference remains a separate conference. I think we proved to be a very effective force in governing—in a coalition government, when there wasn't a coalition government—and, you know, when we move forward I hope that's going to be what happens. If it's with the Democrats, if it's with the Republicans, I think the most important thing is that we have the I.D.C. as a separate conference,” he said Friday night. “I was very proud of the accomplishments that the I.D.C. and the Republicans in our coalition were able to accomplish. I never backed away from that, even in a Democratic primary or a general election, and I hope my Republican colleagues feel the same.”

Klein spoke to reporters at a “real, authentic event” that the I.D.C. sponsored overlooking the pool at the Intercontinental Hotel, the traditional site of the Somos El Futuro conference. About 100 people sipped Barrilito Rum and enjoyed hand-rolled cigars while paying respects to Klein, whose leathery face contrasted with a baby-blue blazer and open-collared checked shirt.

He qualified an initial statement that he was basically committed to conferencing with Republicans, but then threw shade on his fellow Democrats (“I think we have to take a step back, also, and maybe redefine what it means to be a Democrat”) and spoke happily of his time with the G.O.P. (“Elections mean something. We were validated: I won overwhelmingly in my primary.”)

First, check out the photos below and tell me which one is from Godfather II and which one from Independent Democratic Conference Screws Democrats: Part II 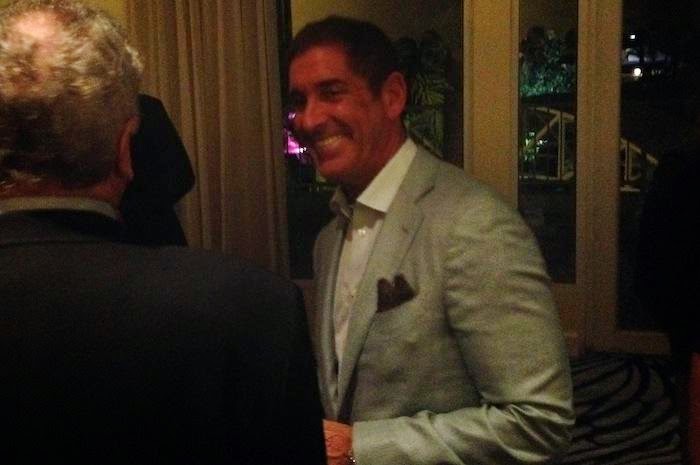 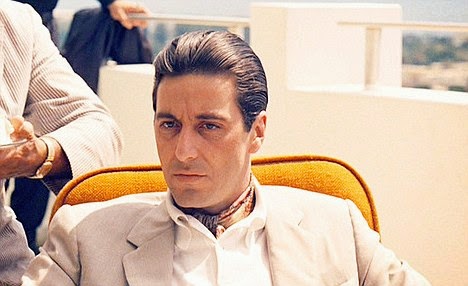 Yeah, I know - you're picking the second photo, but that's only because you recognized Al Pacino.

In any case, the same betrayal that occurred down in Cuba in Godfather II is occurring in Puerto Rico this weekend at Independent Democratic Conference Screws Democrats II, with Klein all set to take his IDC traitors (numbering 5 or 6, depending upon if one newly elected member of the State Senate joins the caucus), join with Republicans to again share power in the Senate and help Governor Cuomo ram through as many corporate-friendly policies as possible before 2016 (when Hillary may top the Dem ticket and bring about a Democratic-controlled State Senate.)

GOP leader Dean Skelos has said he is open to talking to Klein about again sharing power in the Senate, even though this time around Republicans hold a slim majority and don't actually need the IDC members to push through legislation.

Still, adding an extra 5 or 6 IDC traitors to the GOP ranks will give Skelos wiggle room that he doesn't have without them, so I suspect we'll again end up with the GOP/IDC power share pushing through Cuomo's corporate-friendly agenda, altough it seems Klein will not wield the same amount of power this time around - there is unlikely to be a "co-presidency" of the Senate between Skelos and Klein.

Vielkinn reports that no matter what Klein and his fellow IDC rats do, some real bona fide Democrats don't sound all that eager to have them around - not after the last IDC betrayal and Klein making noise about the next one:

Despite Klein's declarations that he is open to a re-alliance, Senate Democrats seem uneager about him, whatever he ends up doing and whatever the details are.


I noted above that Klein is mobbed up.  You may think I am indulging in hyperbole there, but actually I'm not.

The New York Observer reported the following back in the summer:

The Bronx pol’s July filing shows that the Hutchinson Metro Center, an affiliate of Simone Development–formerly known as Hutch Realty Partners–kicked in the five figures in June. The donation brings the real estate group’s total contribution to Mr. Klein’s operation to a whopping $93,850 since 2006.

One of the Hutchinson Metro Center’s principals, Waters Development, is co-owned by Michael Contillo and Joseph Deglomini. Mr. Contillo and Mr. Deglomini were indicted in the 1990s of tax evasion, racketeering, and conspiring to raid the pension funds of building trade unions with the help of organized crime.

Mr. Klein relocated his official district office to the Hutchinson Center in 2011. A spokeswoman for the senator said that the move was based on the site’s central location in the Bronx- and Westchester-spanning district.

“Senator’s Klein’s district office is located in the expansive Hutchinson Metro Center complex, as are a number of city agencies including the New York City Housing Authority the City’s 911 call center, federal agencies and prominent New York institutions,” said spokeswoman Candice Giove. “Senator Klein’s district office lease, like all of Senate leases and lease renewals, was subject to procurement and vendor review by the State Senate and was reviewed and signed off on by both the Attorney General and New York State Comptroller.”

The New York Post has previously noted Mr. Klein had rented space and received donations from the mob-tied firm.

Ms. Giove did not immediately respond to requests for comment specifically about Mr. Klein’s acceptance of campaign funds from a mafia-affiliated organization.

According to the Daily News, Hutch Realty Partners purchased 10 acres of land–immediately adjacent to their center where Mr. Klein’s district office is located–from the state for a total of $5.5 million between 2001 and 2005, when the New York Police Department was interested in constructing a call center on the plot. After an extended fight, the city agreed to buy the land from the company for $46 million.

The senator’s camp said he had no input with the state, the city, or Hutch Realty Partners at any time during the land dealings.


“Senator Klein has absolutely no knowledge of the business matters of the Hutchinson Metro Center. He has never intervened in the Hutchinson Metro Center’s dealings with government, and any assertions to the contrary are wrong and unfair,” said Ms. Giove.
Hutch Realty Partners did not immediately respond to requests for comment. The company has donated to other politicians and political causes, including $9,600 to the Bronx Democratic Party and $5,000 to Democratic Senate Minority Leader–and aspiring majority leader–Andrea Stewart-Cousins.

Mr. Klein leads the Independent Democratic Conference, which formed a power-sharing arrangement with the Senate Republicans in 2012, but agreed to caucus again with the larger Democratic delegation last month.


If Klein ever betrayed his mobster associates the way he has betrayed his fellow Democrats, he'd end up missing until the police found him in the trunk of a burnt car somewhere in the Bronx with six bullet holes in him.

But Jeff Klein knows who he can betray and who he can't - he knows his fellow Dems will probably turn back to him when they need him even though he has already betrayed them once and is looking to do so again.

I certainly don't think Dems ought to treat his betrayal the way the mob would - that would be insane, immoral and criminal.

But I do think there ought to be some political consequences for Klein's sell-out - and the same goes for the rest of the members of the IDC (Avella, Savino, et al.)

Alas, it seems these traitors live on to repeat their betrayals over and over with impunity.

Nice work if you can get it, I guess - if you're a sociopath like Jeff Klein and his fellow IDCer's.

They're down in Puerto Rico cutting up the cake shaped like New York State right now.
Posted by reality-based educator at 2:11 PM