Now if I remember correctly, Stewart-Cousins wasn't included in budget negotiations because, as the ranking member of the minority party in the State Senate, Cuomo felt she wasn't important enough to be there.

The decision to exclude Stewart-Cousins from budget negotiations brought condemnation from Democratic activists and politicians, with one going so far as to say:


Ah, but now that Cuomo needs as much cover as he can get for this ridiculous "trade mission" to Cuba, he's happy to invite Stewart-Cousins on the trip and she is happy to oblige him.

She says she's going so she can talk to him on the plane about her conference's legislative priorities.

And I'm sure he'll listen, just as soon as he and the representatives from a variety of industries get finished carving up the cake shaped like Cuba. 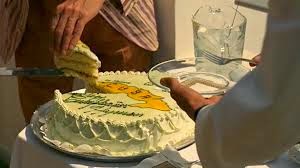 What are the chances the next time Stewart-Cousins needs something from Cuomo, like being a part of the budget negotiations even though she's Senate Minority Leader, he'll be happy to oblige?

Cuomo rarely keeps his promises unless he is absolutely forced to (just as Working Families Party or Bill de Blasio) and he doesn't believe in ever owing anybody any favors.

Maybe Stewart-Cousins thinks being included on this trip is enough, but quite frankly, if I were a Democratic Party politician who kept getting screwed over by Andrew Cuomo, I'd be damned if I'd provide him political cover for it.
Posted by reality-based educator at 6:29 PM