How Will Chancellor Walcott Give The Finger To Teachers This Fall? 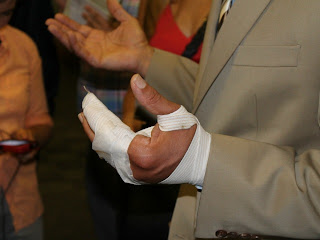 Oh, no - Chancellor Walcott dislocated his middle finger this week while walking to the gym.

As a result, he has to wear a cast over his hand that puts his middle finger out of commission for at least a couple of weeks until it heals.

With school beginning for teachers in less than three weeks, will Chancellor Walcott be healed in time to give the traditional "Middle Finger" to educators on the first day back to school?

Will he be able to give the "Middle Finger" to all those schools he tried to close a couple of months ago that a judge said he couldn't close?

Throughout the Bloomberg administration, the first day back to school is traditionally a time to recommence teacher-bashing season, to warn teachers about impending layoffs during the January budget fight, to smear teachers in the press as perverts and sex offenders, and to suggest that anybody off the street could do a better job teaching than the 75,000+ current people working as NYCDOE teachers.

An indispensable tool for the administration to get these ideas across, a shorthand for it, if you will , is the ceremonial "First Day Back To School Chancellor's Middle Finger."

Joel Klein was a master at it, often employing Eva Moskowitz to join him in his reverse salute to teachers, when he wasn't ignoring people and playing Angry Birds on his Blackberry, that is. 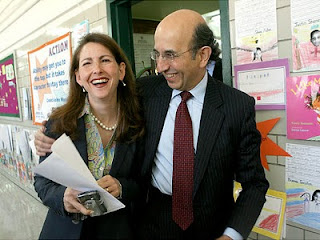 Bloomberg is pretty good at giving people the finger too, although like most oligarchs, he often prefers to hire somebody else to do the dirty work for him. 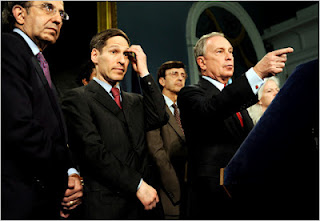 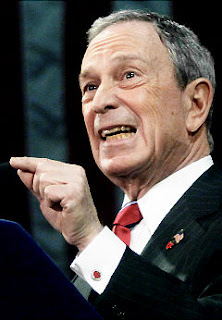 And of course his hiring of Cathie Black - a woman with no education experience, no common sense, no empathy, no class and no clue - was a "Middle Finger" to all the students, parents teachers, and administrators in New York City. 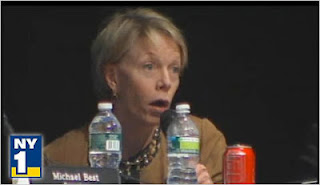 When you look up the phrase "Middle Finger" in the Urban Dictionary, you see "Bloomberg's hiring of Cathie Black as NYC schools chancellor" as one of the definitions.

In any case, here's hoping Chancellor Walcott's middle finger will be healed in time to tell teachers just what he thinks about them on September 4, 2012.

Sure Walcott can express his disdain, scorn and contempt for teachers without it, but nothing gets those feelings across like a good middle finger. 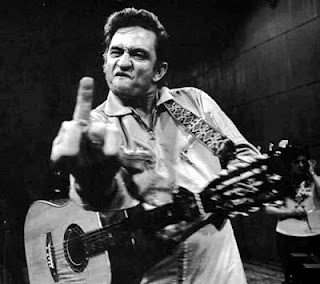 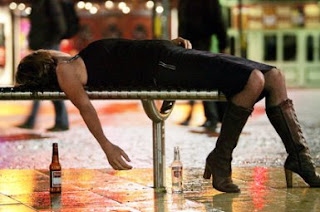 Posted by reality-based educator at 9:54 AM