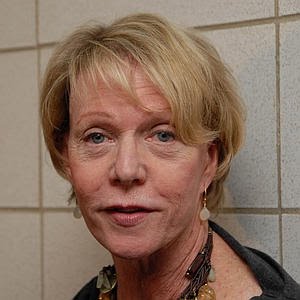 The Bloomberg administration on Tuesday lost another round in a court battle to shield emails leading up to the short-lived appointment of Cathie Black as schools chancellor.

An Appellate Court upheld a lower court’s decision ordering the administration to release emails between the mayor’s office and Cathie Black or anyone at Hearst Corp., her employer at the time of her appointment.

The courts said the city improperly withheld emails requested in November 2010 by reporter Sergio Hernandez, who at the time was an intern at the Village Voice.
City lawyer Susan Paulson said the city is reviewing the decision and will ask the court for permission to appeal.

Black stepped down in April 2011  after three months on the job. Mayor Michael Bloomberg said he selected her for her managerial skills, and she required a waiver from the state education commissioner because of her lack of education experience.

The city argued that Black and her staff should be considered city consultants as it gathered information to apply for the waiver.

In the decision, the court wrote: “Black was not acting simply as an outside consultant on behalf of the City, but was a private citizen with interests that may have diverged from those of the City.”

Hernandez said he asked for emails shortly after her November 2010 appointment because he hoped they would shed light on the search process.  Hernandez now freelances and works part-time for The Daily, which is owned by News Corp NWSA -0.83%., which owns The Wall Street Journal.

Judge Alice Schlesinger ruled against the city in November 2011:


“As Ms. Black did not meet the credentialing requirements for the all-important position of School Chancellor, the public has the right to know what information about her employment history and qualifications was disclosed in the emails. Any information of an intensely personal nature could easily be redacted, with the balance of the information disclosed. … Simply put, the statute offers no exemption for agency communications with private citizens such as Ms. Black.”

Hernandez said after the city denied his request, he contacted the Media Freedom and Information Access Clinic at Yale University. Elizabeth Wolstein, a partner at Schlam Stone & Dolan, supervised students at the clinic and her firm continued to serve as counsel of record after the city’s appeal.

Why keep the emails under wraps?

Why redact so much in the Klein emails?

Again I ask - what's he hiding?
Posted by reality-based educator at 6:49 PM