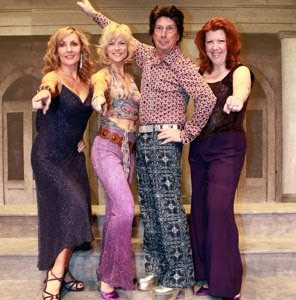 Adam Lisberg reports in the Daily News that the Mayor of Money is so clueless about what is going on in the city that he defended the outsourcing of tech contracts on his radio program on Friday even after his deputy mayor, Stephen Goldsmith, said the city was altering the policy and would now insource some tech work.

On his Friday radio show, he was asked about a new shift in city policy that had been in the newspaper for two days running - and didn't seem to know it had happened.

It's a shift on something that had been a sore point for Bloomberg's critics - outside contractors paid six-figure salaries for tech projects that blow deadlines and budgets, like the scandal-ridden CityTime system.

The mayor has long defended his administration's contracting policies, even though municipal unions and Controller John Liu say city workers could do the job for less.

So it was news last week when one of Bloomberg's deputy mayors, Stephen Goldsmith, agreed with critics and said New York will save tens of millions of dollars by bringing the work in-house.

On the radio, WOR-AM host John Gambling tossed Bloomberg a softball about it. But instead of explaining the new company line on insourcing, the mayor defended outsourcing.

"People say, 'Oh, you're spending too much money on outsiders.' If you didn't do that one contract outside, you'd have to have those people permanently on your staff," the mayor said.

"The consultants, they say, 'Oh, they charge a lot more.' Well, because that's the business," he continued. "They don't work all the time, so they have to get paid more. And sometimes they have expertise you don't have in-house."

Why was Bloomberg still defending a policy that his administration has supposedly shifted on?

If the Bloomberg administration has a new message on contracts, why did Bloomberg himself go off-message?

Perhaps it was just reflex: The tech-friendly mayor has launched a boom in tech projects since 2002, and has always defended those efforts to drag New York into the 21st century as a necessary investment in the future.

Perhaps he was just caught in midthought: Bloomberg is a smart guy who loves to play the contrarian, and whose mind sometimes moves faster than his mouth.

Or perhaps it's a sign of something more worrisome, of a third-term mayor who has delegated the nuts and bolts of government to new aides like Goldsmith but isn't paying enough attention to what they're doing.

Those who work closely with City Hall - even Bloomberg's allies - have seen signs of third-term drift. His attention is on national and world issues, not day-to-day business like plowing snow or rewriting tech contracts.

Most New Yorkers may have not realized that until the post-Christmas blizzard fiasco, but that impression is starting to sink in. Bloomberg's approval rating is at an eight-year low. It's no coincidence his aides used old videotape to whip up almost $1 million worth of campaign-style ads for him last week.

On TV, on the radio and in the newspaper, the signs are clear for Bloomberg that his legacy as mayor is still unfinished and the ending is very much in flux. But he can't do anything to get back on track unless he reads the memo.

Meanwhile the NY Post reports that Bloomberg yucked it up at a charity function last night:

A bell-bottomed Mayor Bloomberg got groovy last night as he donned a '70s-style disco outfit and joined with the cast of Broadway's ABBA-inspired hit musical "Mamma Mia" for the Inner Circle charity dinner.

Hizzoner began the show flying in as "Spidermike." But because of a technical "snafu" -- like those plaguing the real musical "Spider-man: Turn Off the Dark" -- he had to switch to a different production.

Bloomberg then performed "Mayor Mia!" with James Earl Jones providing the narration and his press secretary Stu Loeser and Deputy Mayor Stephen Goldsmith appearing as themselves.

You can see a picture of the oh so funny mayor at the top of this blog post.

While Bloomberg pursues his costumed antics and mugs for the cameras, New York City is losing population, at least according to the latest census - perhaps because the mayor has set up an environment where you cannot live in New York anymore unless you can afford to go to one of his charity events.

While Bloomberg sleepwalks through his final (hopefully!) term, NYC schools are poisoned with PCB's and infested with bed bugs, teachers are under the gun with layoffs and public humiliation via the publishing of value-added test score data in the media, and the school construction budget has been slashed so that Bloomberg can hand out $500 million to his technology company cronies.

While Bloomberg ignores the plight of the working and middle class poor in this city, income disparity reaches Robber Baron Era levels, everyday costs for food, clothing, housing and transportation skyrocket and the mayor tells people to take a chill pill and go catch a Broadway play.

According to the latest Q poll, Bloomberg's approval rating stands at 38%. That's at George W. Bush levels, but it's even lower than that when you just ask people who live in the outer boroughs whether they approve of him or not, and it's even lower than that if you ask people who have children in the public school system how they feel about the job the mayor is doing (28% approval.)

And Cathie Black, the NYC schools chancellor that Bloomberg hired even though she has no experience in education, knows nothing about schools or education issues, and has few people skills but has lots of faux pas skills?

She's at 17% approval - 13% approval from people with kids in the school system.

Jesus, Hermann Göring has a higher Q rating than that (apparently people like saying the name "Göring" - who knew?)

So here we are, on the cusp of the mayor laying off 4,666 teachers, closing nearly 50 schools, bludgeoning thousands of teachers with test score data that has a margin of error of 35%, and the mayor dances.

Here we are with hundreds of senior centers closed and old people about to go hungry and the mayor yucks it up with his fancy-schmancy UES neighbors.

Here we are with the greatest wealth disparity in the city since JP Morgan owned the library now named for him on Madison Avenue and the mayor ignores the plight of 90% of us and makes sure that HIS PEOPLE - the Wall Street criminals and hedge fund crooks get their tax cuts and city largesse.

People have to continue to treat him with the public disdain that he got at Friday's Triangle Shirtwaist Fire commemoration.

Everywhere he goes, he needs to be showered with boos, treated with disdain and disgust, and forced to confront the fact that the jig is up - people KNOW he's a rich billionaire who doesn't give a shit about anybody outside of his circle of cronies, that he is only in this for his aggrandizement and enrichment, that he is HARMING this city and the vast majority of its people with his policies.
Posted by reality-based educator at 9:59 AM

Email ThisBlogThis!Share to TwitterShare to FacebookShare to Pinterest
Labels: Bloomberg