Almost three-quarters, 71 percent, said the biggest problem facing schools is lack of parental involvement in a child's progress, followed by bullying and poor behavior, 69 percent each, and hiring and retaining effective teachers, 61 percent.

One of the least significant problems, respondents said, is substandard technology and facilities: Only 40 percent cited the lack of computers and other high-tech learning tools, with 30 percent worried about the condition of school buildings.

Those numbers are notable in part because New Yorkers in November will vote on a $2 billion state bond issue, proposed by Cuomo, to fund new school technology and infrastructure.


Back in April, Cuomo appointed another one of his famous commissions to try and sell the public on a $2 billion bond act to improve technology in schools:

“It is a simple fact that disparity remains in our education system, with some schools providing tablets in the first grade and others where the most sophisticated piece of electronic equipment is the metal detector that students walk through on the way to the classroom,” Cuomo said in a statement. “In the State of the State, we called for a $2 billion Smart Schools Initiative to transform our classrooms from the classrooms of yesterday to the classrooms of tomorrow. This panel will help guide this bold initiative and reimagine our classrooms to provide New York’s students with the skills they need to succeed in the 21st century economy.”


As I wrote in April:

Gotta love that Cuomo thinks it's a big plus that some districts are giving tablets to first graders - that tells you everything you need to know about how Cuomo is looking to have this bond money spent. 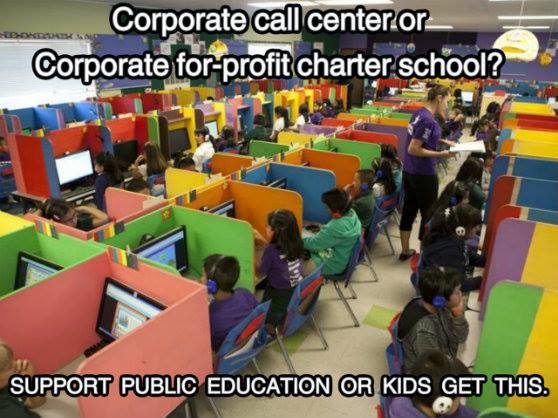 If the TU/Siena poll is any indication, Cuomo is going to have an uphill climb selling the $2 billion dollar Technology Boondoggle Bond Act he's trying to get the public to buy.
Posted by reality-based educator at 6:52 PM