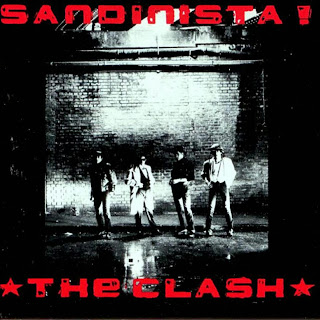 Well, if you can't run on issues, you can always red bait:

Bill de Blasio’s not ready to overthrow capitalism just yet.


“I am not surprised that my opponents will throw labels and call names. That’s a Republican tactic. That’s a right-wing tactic. We’ve all seen it plenty of times,” said Mr. de Blasio, flanked by Queens Democrats at an endorsement event this afternoon.


Lhota also criticized de Blasio for enjoying The Clash's Sandanista album over London Calling or Combat Rock, stating "Everybody knows Sandanista was bloated.  It should have been a single album, but they made it into a triple album.  I mean, for God sakes, having the roadie's kid sing "Career Opportunities?  What the hell is that?"

Posted by reality-based educator at 6:37 PM