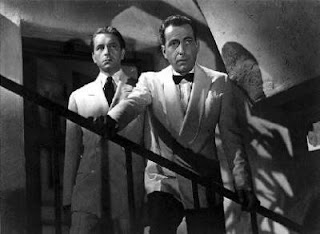 The corporate media - owned by corporate elites like Mort Zuckerman, Rupert Murdoch, and Michael Bloomberg or huge conglomerates like Comcast, Viacom and Disney - like to portray the country as a place divided between the "haves" (members of public employees unions with cushy jobs, great benefits, good pay and job protections) and the "have nots" (the rest of us without that stuff.)

They say that the rest of America is sick and tired of these unionized public employees with their "gold-plated benefits and pay" and want to bust them (see here for an example from Mort Zuckerman in US News.)

Just watch the cable news networks, even the supposedly "liberal" MSNBC, and you'll hear a bunch of corporate shills dish dirt on unions as "special interests" that most of America no longer supports.

Of all the public sector unions, teachers unions get special attention from corporate media types on both the right and left.

But the NY Times did a little poll about this issue and found the following:

As labor battles erupt in state capitals around the nation, a majority of Americans say they oppose efforts to weaken the collective bargaining rights of public employee unions and are also against cutting the pay or benefits of public workers to reduce state budget deficits, according to the latest New York Times/CBS News poll.

Labor unions are not exactly popular, though: A third of those surveyed viewed them favorably, a quarter viewed them unfavorably, and the rest said they were either undecided or had not heard enough about them. But the nationwide poll found that embattled public employee unions have the support of most Americans — and most independents — as they fight the efforts of newly elected Republican governors in Wisconsin and Ohio to weaken their bargaining powers, and the attempts of governors from both parties to cut their pay or benefits.

Americans oppose weakening the bargaining rights of public employee unions by a margin of nearly two to one: 60 percent to 33 percent. While a slim majority of Republicans favored taking away some bargaining rights, they were outnumbered by large majorities of Democrats and independents who said they opposed weakening them.

Governors in both parties have been making the case that public workers are either overpaid or have overly generous health and pension benefits. But 61 percent of those polled — including just over half of Republicans — said they thought the salaries and benefits of most public employees were either “about right” or “too low” for the work they do.

OK, so this poll has a MOE of 3%, which is a helluva lot less than the 12%-35% margins of error the new teacher ratings systems have, so I think we can safely say that we now have hard data to show that Mort Zuckerman, Rupert Murdoch and the rest of the corporate class warriors may NOT be speaking for the country at large like they say they are.

In fact, they speak for themselves, and as corporate moguls with union-busting histories themselves and business interests that are served by powerless employees, they WANT people to think they speak for America at large.

But it looks very much like Americans are starting to wake up to the fact that a teacher in Rhode Island with 15 years seniority making $60,000 a year isn't receiving "gold-plated benefits."

This is good to see.

The fight in Wisconsin is exposing quite a few of the biases of the corporate media, especially the shills who work for Murdoch, Zuckerman and Bloomberg, but it is also providing us with evidence that many Americans think unionized public sector workers are receiving fair wages and benefits and do NOT support the busting of these unions or the downgrading of the wages or benefits that these workers receive.

Another thing we have seen as a result of the fight in Wisconsin is how union workers AND non-union workers are coming together to support the rights of ALL workers.

Watching 100,000 people protest Scott Walker's union-busting policies in Wisconsin has galvanized many in the middle and working classes to begin to FIGHT BACK in the class war being waged by the corporatists.

This is so interesting because I think the Walkers and Bloombergs and Zuckermans and Murdochs think they have this war won and they're just putting the final nails in the feudal chains right now.

And that certainly WAS the case before these past few weeks when protests in SUPPORT of unions and workers have erupted ALL over the country.

Wisconsin was SUPPOSED to be the beginning of the end for public employees unions.

Instead, it is the BEGINNING of the GREAT AWAKENING of the middle and working classes to the class war that has been waged against them for the last 30 years.

As a member of a teachers union in NYC, as the son of unionized policeman and the grandson of a unionized trackman, I couldn't be happier to see this.

As Victor Laszlo told Rick Blaine in Casablanca "Welcome back to the fight."
Posted by reality-based educator at 9:03 PM