Via the Port Jefferson Station Teachers Association site, here are some great photos from Saturday's rally at Comsewogue High School against the Common Core testing regime: 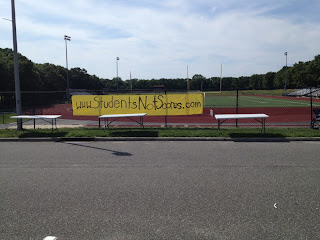 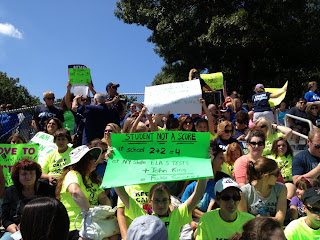 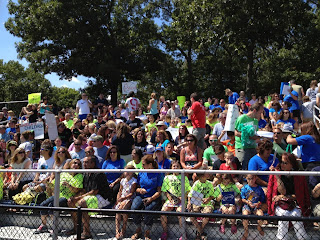 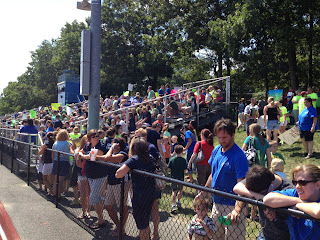 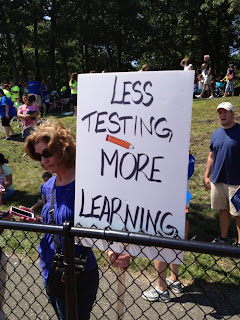 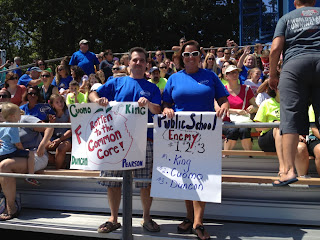 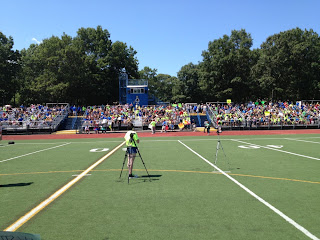 An estimated 2,000 people converged on Comsewogue High School yesterday to tell the powers that be what they should do with the Common Core State Standards.  The crowd, a mixture of teachers, administrators, parents, students, and other concerned citizens turned out despite only having a week to organize the rally.

PJSTA members should be taking the next few days to bombard their elected officials with their feelings on these matters.  Ask them if they are with us or against us.  Tell them there is no middle ground.  They will earn our votes or they won’t.  It should be noted that 2,000 people at a rally in Comsewogue is a nice turnout with only a week’s notice.  However it is hardly enough.  It’s nice to gather together, make signs, wear green laces, show our community and union pride, and scream and shout a bit.  However it all means nothing without sustained further action.  The PJSTA will again provide you with ample opportunities in the coming school year to work towards our agenda.  It’s time for you to decide whether or not you are willing to get involved.  Yesterday was the fun part. Today the work starts.


Indeed, there is a lot of hard work ahead of us.

But it's made easier when you see 2,000 people - parents, students, teachers, community supporters, and a superintendent of a school district - get together to protest the Common Core tests.
Posted by reality-based educator at 5:00 PM